How to Define Brutalist Architecture

Brutalism was a type of architecture that became popular the world over during the middle part of the 20th century. It will forever be linked with ideals of socialism and communism as it was prevalent in many Eastern European countries that fell under the communist umbrella, as well as within the concept of New Towns in the UK from the 1940s onwards and a vision of ‘future towns and cities’ that were designed and built as a sort of utopia to ward against the ills of overpopulation and crammed urban centres that creaked under the extra weight of residents and business. This urban-socialist theory is one that sticks in the mind when discussing the architecture of brutalism and we see it in the design of social housing, theatres, schools, churches, and other projects from the middle of the century, in the UK especially.

Where did brutalism originate though?

Le Corbusier was a Swiss-French architect who had a love of concrete and for many people it was his love of this form that birthed brutalism as a concept. The Unité d’Habitation in Marseilles was completed in 1952. It was housing for the working class and the design specified a giant framework that was made from reinforced concrete that would then be fitted with modular apartments. It would house 1,600 people and constructed with functionality and simplicity in mind, forgoing any form of decorative features. This would be the template that future brutalist work of this nature would follow.

Brutalist architecture is underappreciated, especially when discussed in relation to social housing and other residential developments. The term was first used by Hans Asplund in 1949, the Swedish architect using the term to describe Villa Göth and its square brick design that year. The term was then used by British architects in the decades to come and began to encapsulate a wide variety of projects that used precast concrete slabs as the primary construction material. In the UK, the height of brutalism was in the 1970s, with a move away from this functional form of design and architecture from the 1980s onwards. It continued to be used as part of social developments and public displays and monuments throughout communist and socialist Eastern Europe however, and can still be seen as a heavy influence in this part of the world a few decades on. 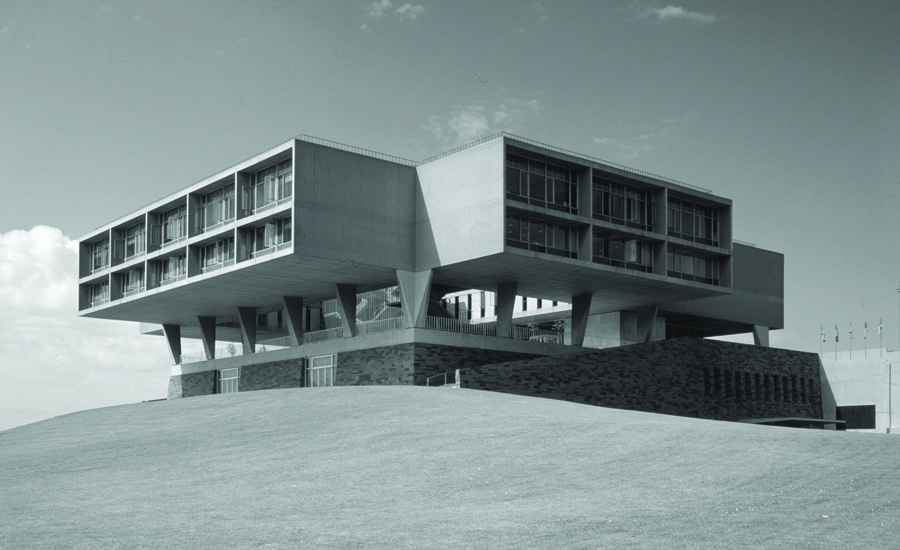 The beauty of architecture is that there is so many different designs and styles that have come and gone over the centuries. Many of these retain a certain sparkle to this day and even with something as divisive as brutalist architecture, there are lovers of the form that see beauty in its functionality and harsh surfaces. We see it all around us, and if there is a project to either enhance or complement brutalist structures and buildings, it is important to have the support and guidance from an experienced architecture firm with knowledge of many different styles and designs. That way, a project will be completed to the maximum degree, putting together all different restraints and constraints and matching different styles, designs and materials to make the most of all aspects of the project. Brutalist architecture is beautiful, and we can see its importance in structure, buildings and places throughout the world to this very day.

Reasons to Choose an Architect with Conservation Experience

Reasons to Choose an Architect with Conservation Experience

Professional Month: 4 Situations In Which A Plumber Can…

The 3 Questions To Ask Yourself Before Embarking On The…